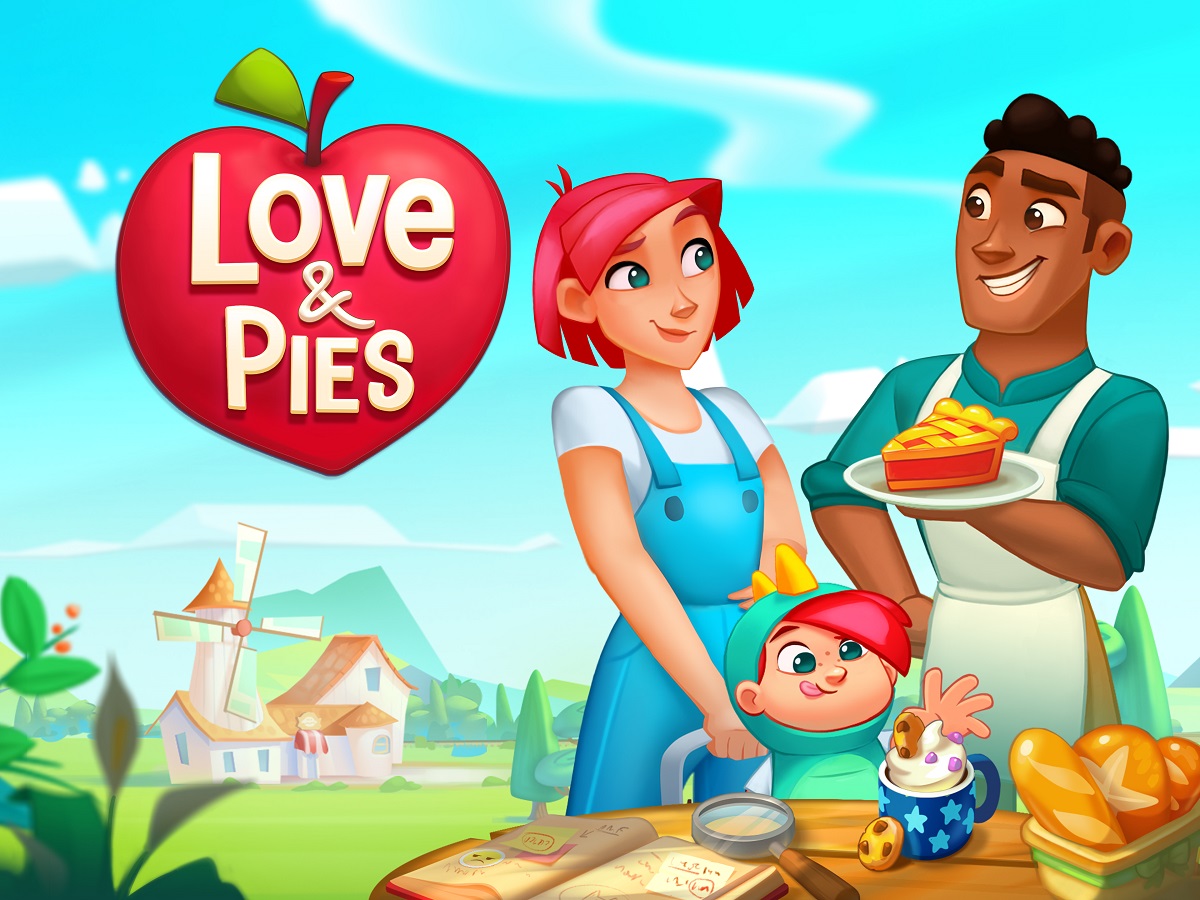 Join gaming leaders online at GamesBeat Summit Next this upcoming November 9-10. Learn more about what comes next.

Trailmix is launching its casual mobile game Love & Pies as a snack for gamers who want to sink their teeth into a good story.

After testing its “merge” mechanics where you combine different resources into baked goods, the London-based studio is finally to launch the game globally, said founders Carolin Krenzer and Tristan Clark, in an interview with GamesBeat.

In Love & Pies, single mom Amelia leaves the big city to go and live at her mom’s countryside cafe, only to find it on fire and her mom missing. She decides to investigate the mystery of the fire and figure out where her mom went, all while serving hungry customers and renovating the cafe.

“At its core, you are in the kitchen merging together a ton of cafe treats to serve to customers. That’s the merge component,” Clark said. “You’re doing that to restore your mum’s cafe that has been burned to the ground under mysterious circumstances. Your mum is missing. And there’s a whole cast of characters around, some to help you and some who antagonize you, all of whom are suspects. We call it a cozy telanovela.”

Three top investment pros open up about what it takes to get your video game funded. 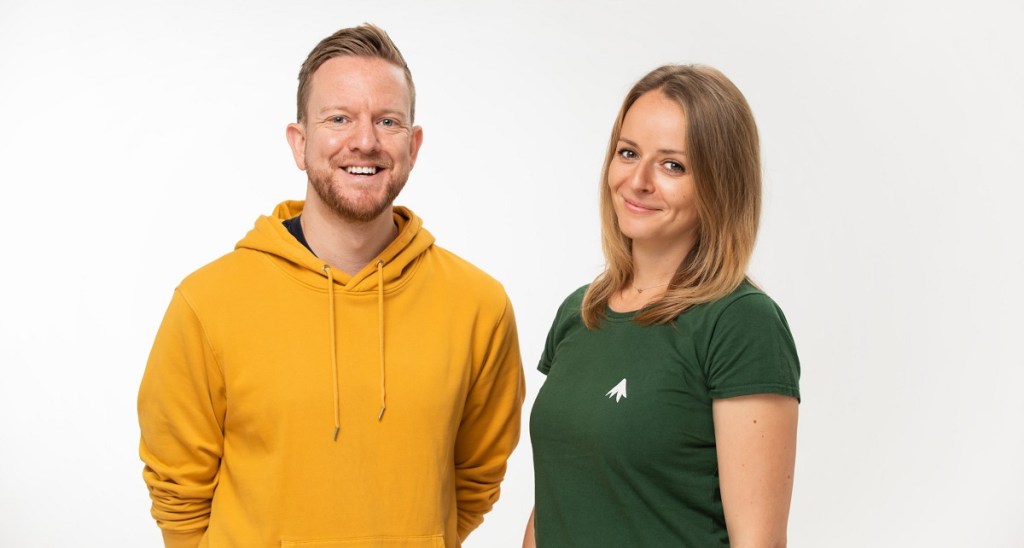 Above: Tristan Clark and Carolin Krenzer are the founders of Trailmix.

Krenzer and Clark started Trailmix in 2018 to make a diverse and inclusive studio whose games have a positive impact. About half the leadership team is female, a reflection of the intended audience — 25-year-old to 45-year-old women.

“We wanted to create characters that everyone can identify with, with a diverse cast of characters,” Krenzer said.

While the baking game genre is pretty crowded with titles like Cookie Jam, Krenzer said the team wanted to focus on something that was both fresh and familiar, finding a sweet spot. They didn’t want the game to be too difficult, but they wanted it to be engaging. They put an emphasis on telling good stories to keep the fans engaged in continuing the narrative. 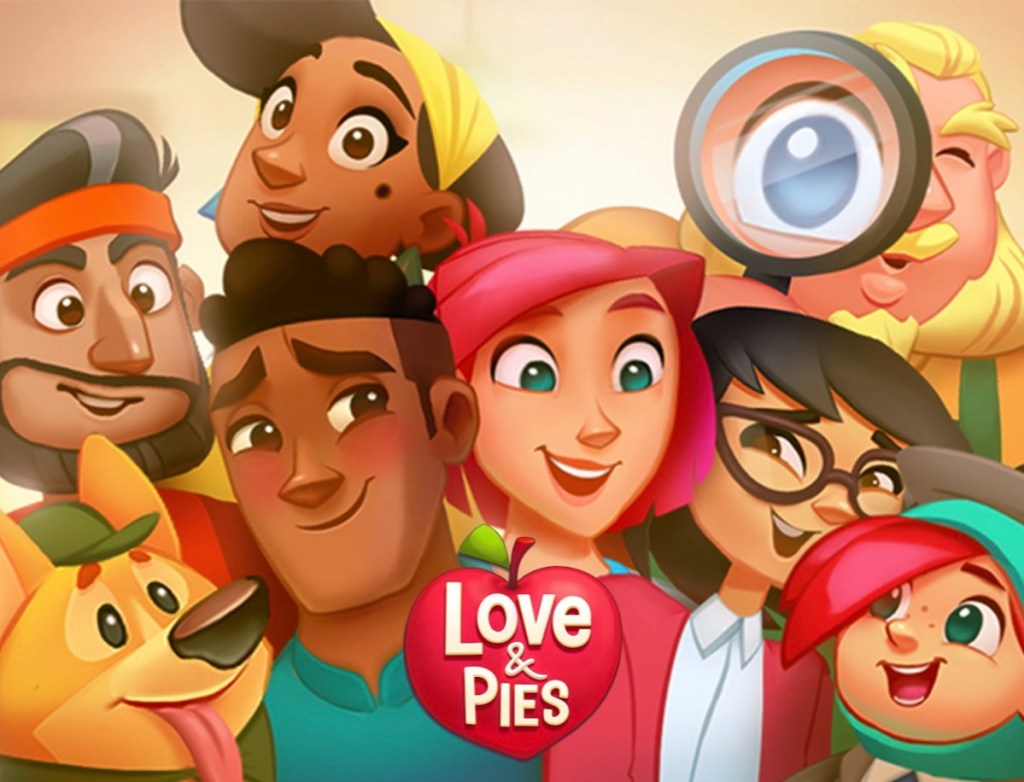 Clark had a small team in New Zealand in the early days of the App Store. Krenzer had previously worked at Playfish, an early social gaming company acquired by Electronic Arts. She met Clark at King. They joined it in 2012 to set up the studio that would eventually make the $1 billion casual game hit Farm Heroes Saga.

They rode that rollercoaster through King’s initial public offering and its eventual acquisition by Activision Blizzard.

“We had a really, really exciting and crazy time at King where we learned a lot about running a studio, experiencing hyper-growth and making mobile games,” Krenzer said.

After five years at King, they left to start Trailmix in December 2017. In early 2018, they raised $4.2 million from Supercell. They wanted to build a studio where people could be the best versions of themselves and work on a respectful and kind team that made games that touched millions, Krenzer said.

At King, they had learned to make “snackable” games, or those that were played in short play session and were accessible for mobile players who represented a broader audience than hardcore gaming.  They did a lot of prototyping to get the game right. 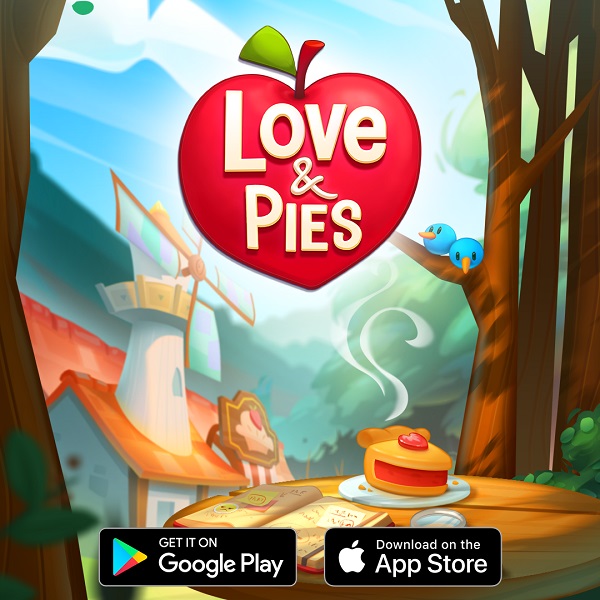 Above: Love & Pies is a game where you make pies by merging items.

The result is Love & Pies, a relaxing game that marries merging and decoration. It also has a “juicy narrative full of delight, intrigue, romance and drama.” It takes the snackable session experience and adds the kind of nourishment and deeper reward that people get from their favorite TV shows, movies and books, Krenzer said.

In the game, players return to their pie shops daily to get free supplies and start building items that they  can sell. They can play through the story and reap rewards. As they generate goods in the pie shop, they can sell them to customers. And they can merge their objects to create new materials and new creations.

Krenzer said the confidence in the game comes from the fact that regional testing showed that Day 30 retention is over 20%, meaning more than 20% of players who try the game continue to come back after 30 days. The game monetizes via in-app purchases for energy, items, and more. They invested in talented user-acquisition members who could help get the game noticed.

The early stats/retention and player feedback show that people love the gameplay, storytelling, and artwork. Many players said they feel connected to the characters in a way that they don’t normally with mobile games, Krenzer said.

Trailmix has also received additional equity investment from Supercell as well as a credit line for the launch of Love & Pies. Krenzer said the company isn’t saying yet how much additional money the company has raised.

Krenzer said the company values diversity and has good representation from the LGBTQ+ community. The company has grown to 25 people.

GamesBeat’s creed when covering the game industry is “where passion meets business.” What does this mean? We want to tell you how the news matters to you — not just as a decision-maker at a game studio, but also as a fan of games. Whether you read our articles, listen to our podcasts, or watch our videos, GamesBeat will help you learn about the industry and enjoy engaging with it.

How will you do that? Membership includes access to: